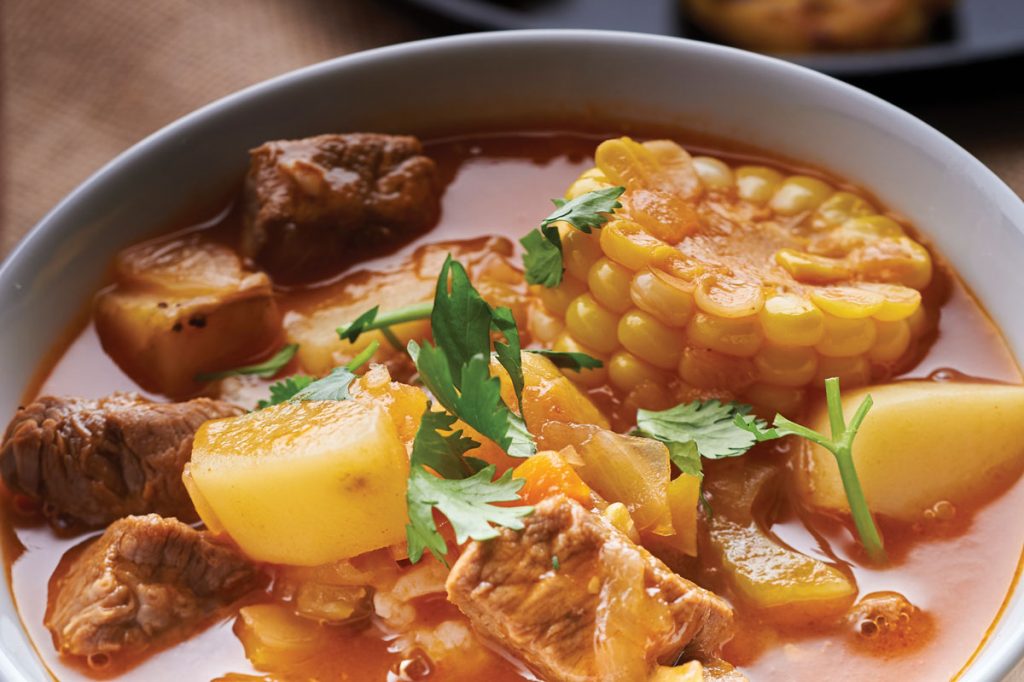 To become a world-class chef and restaurateur, a person must sharpen a myriad of skills. Possessing an understanding of how ingredients work together is essential. Providing impeccable hospitality is required. Managing people and finite resources is critical. An intimate familiarity with differing cultures is invaluable. It all equates to operating a renowned restaurant. As it turns out, those same skills equipped chef José Andrés with the ability to help feed millions of people dealing with life-or-death despair. Chef Andrés is a busy guy. If you’re not entirely familiar with him, he’s the chef who made tapas a word to dine by. Throughout his career, he has received “outstanding chef” honors from organizations such as the James Beard Foundation (2011), as well as numerous media outlets. His Washington, D.C. restaurant, the avant-garde Minibar – one of the more than 30 restaurants operated by his ThinkFoodGroup – holds a coveted two Michelin stars and was recently named by Washingtonian Magazine as the “very best restaurant” in the nation’s capital. Next month (December 9), he will lecture at Harvard University as part of the 2019 Science and Cooking Public Lecture Series. He is part of a group of investors that will bring new life and dining experiences to the historic Hill Top House Hotel (circa 1888) in Harpers Ferry, West Virginia (opening is slated for 2022).

He has authored several books, including his most recent, Vegetables Unleashed, a cookbook written with food writer Matt Goulding. He also co-authored (with Richard Wolfe) We Fed an Island: The True Story of Rebuilding Puerto Rico, One Meal at a Time.

In 2018, Andrés was named as one of Time’s 100 Most Influential People (for a second time), as well as Humanitarian of the Year by the James Beard Foundation. He was also nominated for a Nobel Peace Prize.

Despite his many accolades, his Twitter profile simply states: “We all are Citizens of the World. What’s good for you, must be good for all. If you are lost, share a plate of food with a stranger … you will find who you are.”

Andrés recently set time aside to support Lancaster’s CHI St. Joseph Children’s Health, which is part of Catholic Health Initiatives’ commitment to create healthy communities across the U.S. Locally, one of CHI’s projects is Healthy Columbia, a program that aims to make Columbia a thriving community from a health and well-being perspective. As part of its Healthy Columbia initiative, the organization is building a day care center (St. John Neumann School for Children and Families) in the borough. It will also spearhead the renovation of the Columbia Market House, where a farmer’s market and a restaurant will fill the space. For more information, visit stjosephchildrenshealth.org.

For a time, it appeared the September 19 event might have to be postponed. Just days before he was scheduled to visit Lancaster, Andrés was still working in the Bahamas, which had recently endured the Category 5 nightmare, Hurricane Dorian. According to Andrés, his nonprofit, World Central Kitchen (WCK), almost immediately served approximately 370,000 meals to the bereft residents of the Bahamas. The mission? “In emergencies, we feed the hungry,” Andrés told the audience. “I saw the power of food to heal, to give hope, to send the message that we care.”

Founded in 2010, WCK has grown to not only respond to disasters but to also anticipate them, with teams and resources in waiting mode. It’s a proactive approach that requires incredible planning and resources in order to be among the first on the ground when the unthinkable occurs, whether it’s catastrophic damage on an island in the Caribbean, a fire in California, flooding along the low-lying coast of southern states or government workers in D.C. impacted by a shut-down.

Chef Andrés’ journey to the Bahamas started long before September 2019, when Hurricane Dorian initially made landfall. Having immigrated to the United States after serving in the Spanish Navy, Andrés brings a perspective uniquely his own to the table. “I came to America with $400, and I began to be a cook,” he recounted. “I have been blessed, and now I have multiple restaurants – more than 30 restaurants – and 100,000 people work with me. I was a 21-year-old boy when I arrived in America after my military service … I try never to forget that at the end of the day, I was that boy working the line or washing the dishes,” he said of employees he considers to be “the most important person in the restaurant. Usually, they are the ones that know what’s going on in the restaurant. I have some dishwashers that have been with me for 25 years, and they never want to be anything else. For me, it’s perfect because without them, the restaurant wouldn’t be moving.”

In September 2017, just days after Category 5 Hurricane Maria decimated the landscape, Andrés flew to Puerto Rico almost on a whim. There, he was quickly frustrated by the slow-moving bureaucracy that was charged with feeding Americans in dire need. He saw there was little effort being made to provide people with sustenance to simply stay alive, let alone start over and stimulate the local economy.

Feeding the people of Puerto Rico was paramount to moving forward. “It seems that charity is about the redemption of the giver, when charity should be about the reception of the receiver. Let that phrase sink in,” he told the audience in Lancaster.

In the aftermath of Hurricane Maria, chef Andrés needed a meal plan that would feed the people of Puerto Rico quickly and with limited resources. He sourced food and then reached out into the community to survey specific needs. You could say divine intervention aided the effort – food orders were placed on the altar of a church that operated as a command center. Activating 26 emergency kitchens in Puerto Rico, a total of 3.7 million meals was served during the recovery process.

Chef Andrés wrote about his experiences and challenges in the book, We Fed an Island: The True Story of Rebuilding Puerto Rico, One Meal at a Time. In meeting that need, it was Andrés’ goal to prepare a dish that would deliver sustenance with a side of hope. He landed on sancocho, a hearty stew full of protein to nurture the body and warmth to comfort the soul.

Working from friend José Enrique’s restaurant in San Juan, sancocho became a staple in feeding the island. It proved to be a perfect choice: a familiar, home-cooked meal, prepared with delicious yet inexpensive ingredients. Prep work was made short thanks to the many hands of caring volunteers, plus the dish kept well for transport purposes. When paired with tostones (fried plantains) or rice, the rich flavor of sancocho could be stretched to serve even greater numbers.

For as much time that Andrés has spent pondering what it means to be an American, he speaks profoundly on what it is to be respectful and empathetic of one another. “One thing I saw about America is empathy,” he shared. “America has got a very good heart. We send our men and women to fight wars, to deliver other countries from aggression. Sometimes, maybe we got involved in a war we weren’t supposed to be in, too. But, every time there’s an emergency around the world, American men and women show up, to bring hope to others.

“You see empathy in every single community. This is not about who is Republican or who is Democrat, or who is Independent. It’s about three words that really make America what it is: ‘We the People.’ Love for our values … love for who we are. Our ‘we’ is more important than the ‘I.’

“Empathy is something I always tell people that is the best of America. And, in the worst moments, sometimes America brings the best of itself forward. I’ve seen it plenty of times. So that’s what I always want the world to know, and that’s why I always tell the story… I believe 99.999% of America is about empathy.”

Of Faith and the New American Dream

Having lived through these experiences – reaching out to communities in America and beyond that have lost everything – causes Andrés to “reconsider the things I get upset over.” The people in these devastated communities “had literally nothing … but they have this smile from face to face because we show up.”

Working alongside other volunteers who answer to the disaster response and provide millions of meals, Andrés has come to discover “we are, every person … men and women of faith. They may not embrace or pray to the same God that you do, but still they have faith. I have people that tell me, ‘I am not a person of faith,’ and then I see the work they do in the field. You may not think you’re of faith, but what you are doing, you’re serving a higher purpose.”

He shared that when he arrived in America, he was often told that “being an American was to be a person of action. Prayers only get us so far. If we learn anything from Jesus, it was that he is a man of action, a person that really speaks out against whatever is wrong and needs to be fixed.

“To be a person of faith cannot be just the day you come to mass, and ask for forgiveness, and your sins would wash away and that’s it. I believe the hardest is the moment when you leave the doors of the church,” he theorized. “That is when you have to be the person of action of the same person you embrace. He was a man, and he gave a massive amount of love for this world,” he said in describing Christ. “He was a person of action every single second of his life. So, if we are really embracing him, embracing means to be like him. We can never be like him, and we’ll always fall way short, but it’s our obligation, if we are people of faith, to at least try the hardest to do a little bit more than what maybe is expected from us.

Those sentiments should come as no surprise, considering that through mastering food and hospitality, Andrés has come to be regarded as one of the best chefs in the world. Similarly, learning what it is to be an American from an immigrant as thoughtful as chef Andrés is equally as poignant. On TV talk and cooking shows, running the late-night circuit, Andrés is energetic, down-to-earth hilarious and full of life.

But, what makes him so inspiring is the profound use of his gifts and energy to lead the way in disaster response, providing essential aid for those in need. He uses his know-how to make a positive difference in the community that the world has become. The simple act of serving food is a gateway into the hearts and lives of those he encounters, of those who need it most.

“Really, life starts at the end of your comfort zone. Sometimes it’s where you find who you are and your role in your community,” he concluded. “We all are here with a mission. We all need to define what we are. Sometimes the answers are in front of us; we don’t need to look very far.”