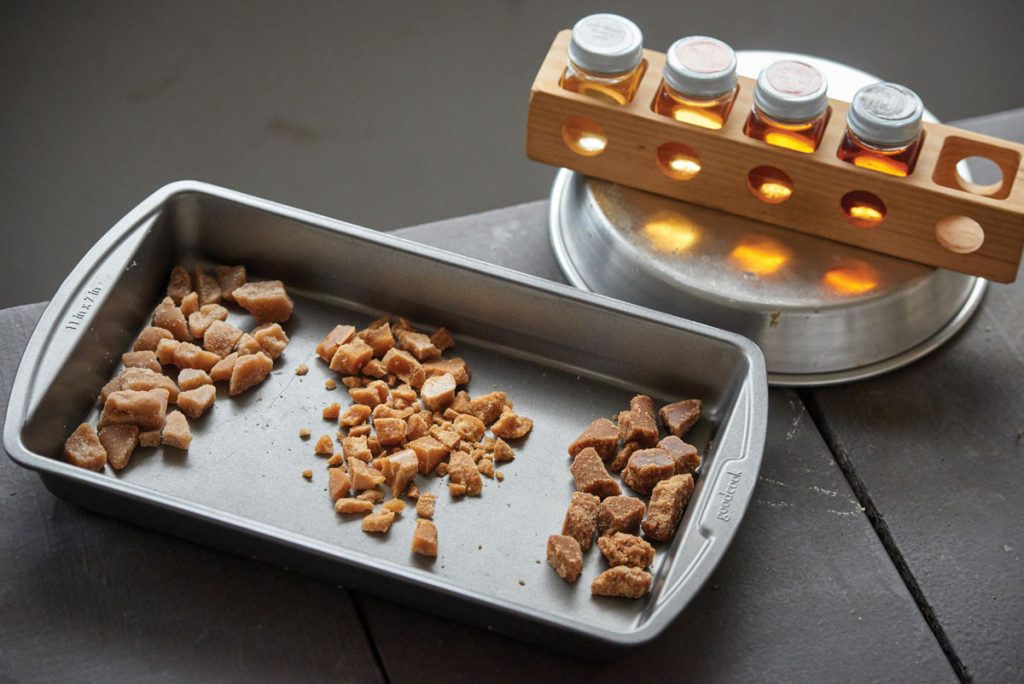 While we regard the groundhog (hopefully) and robins as harbingers of spring, maple trees also provide an indication that winter is releasing its frigid grip on the landscape.

In Vermont, they refer to the time after autumn’s colorful leaves have fallen and before the snow begins to paint a winter landscape as “stick season.” Everything appears dead and brown, almost lifeless. While snow brightens winter’s long and dreary days, that also begins to exhaust its welcome at this time of year, when clearing driveways and sidewalks becomes tiresome.

But, underneath it all, the world is alive. Mother Nature is simply waiting for the sun to bring warmer days. This is especially evident in maple trees. Beneath the bark of the trees, the sugary sweet water – their lifeblood – that fuels growth, is flowing. All summer long, the maple tree has prepared for this occasion. As with stick season, most folks think of Vermont, or perhaps Canada, when they hear the words, “maple syrup.” Yes, they are the leading producers of maple syrup, but Pennsylvania also lays claim to the sweet, sugary substance.

Andy Dewing, owner of Dewy Meadows Farm in Little Meadows, Susquehanna County, is a 45-year maple sugaring veteran. He added maple sugaring to his farm as a way to diversify his income. The farm, which currently touts 2,000 taps, is still considered a small producer.

According to Andy, the sap is made in the leaves of maple trees through photosynthesis, a reaction to light. Maple sap is full of carbohydrates, or sugars, which nurture it in the winter. Looking at the forest, not just the trees, a thinner sugar bush receives more light, thereby increasing volume. The tree absorbs carbon and releases oxygen, then stores the sugar in the roots.

Hinging on fluctuations of temperatures around freezing – specifically, 32 degrees Fahrenheit – cold temperatures freeze and condense carbon dioxide in the hardwood, drawing sap up from the roots. When the temperature warms, the pressure within the tree pushes sap back down to the roots – unless the tree is tapped with a 3/8-inch metal spile, creating a rather useful leak.

The pressure buildup forces the sap out of the tree for harvesting, and once the pressure equalizes, capillary action continues to draw sap from the tree. The outer 3 inches or so of a tree contain sap, so spiles should be set 2 inches deep in a new spot each year.

To keep a tree healthy, one spile can be used for every 8 inches of diameter on a tree (or greater) at about chest height. The tree will grow around the opening, healing within a year, but the 12 inches above and below the hole will dry out.

The sap of the sugar, red, soft and black maples contain sugar. The variety of the tree, climate and tapping conditions contribute to the rich amber coloration and flavors. Graded by darkness, the lighter the color, the more delicate the flavor; the darker it is, the more robust the flavor.

Filtration, reverse osmosis and stainless steel evaporators aid in commercial production. Maple sap consists merely of 2% sugar, so it takes 40 gallons of sap cooked down to yield one gallon of syrup. From that perspective, it’s easier to appreciate the $40-to-$50+ cost per gallon of buying real maple syrup versus the substitute – a $3 bottle of maple-flavored corn syrup at a supermarket. For resale, the syrup needs to be PA Department of Agriculture inspected.

I wanted to see what tapping a tree looks like firsthand, so last winter I headed for Lancaster County Central Park, where I was delighted to meet Lisa Sanchez, who is a naturalist at Lancaster County Parks & Recreation. An expert in the history and process of maple sugaring, Lisa leads free, educational workshops at the park. She also volunteers at Patterson Farm in Tioga County, a farm and an area that is rife with producers of maple sugar.

The settlers learned about maple sugaring from Native Americans, who relied on a lunar calendar – the third full moon of the year or the “Sugaring Moon” – to determine when it was time to tap. Using wood spiles to tap the trees, the sap was placed in wooden troughs that resembled dug-out canoes. Rocks heated by fire were added to the sap in order to keep the temperature high.

By the 1860s, wooden spiles and buckets began to phase out with the introduction of tin cookware and metal spiles. Transforming the process, it’s astounding to consider a metal pot as cutting-edge technology.

Today, if every backyard hobbyist who harvests maple sugar to make syrup were accounted for, there’s a strong case that Pennsylvania would land among the top producers nationwide. Our state has the acreage, maple trees and climate for it. When you consider that Vermont maple syrup may come from sap tapped on a farm in say Connecticut or New Hampshire, the distinction becomes even less clear.

Lisa will tell you that if you farm maple sugar, your dependency on the weather is greater than that of a corn farmer. When to tap is a bit of a gamble, too. If the nights aren’t cold enough, and the days are just warm enough, sap won’t flow, and you’ll be without syrup.

It’s also possible that conditions won’t be right or the location isn’t healthy enough. As the climate changes, regions north of us will see yields continue to improve, while Pennsylvania will see increasingly intermittent production.

If you cook off maple syrup at home, the process is best left outside over a gas burner. Reducing 40 gallons of sap down to a gallon of maple syrup will see 39 gallons transform into vapor, enough to strip wallpaper off of the walls. A high-pressure burner safely watched outside with home-brew supplies are ideal for the task at hand. Should your neighbors have a sugar bush, and they’re willing to let you tap their trees, give them the courtesy of some of your labor’s first fruits.

Maple syrup is a flavorful sweetener for coffee, and maple sugar candy can be muddled in an Old Fashioned. Maple cream is delicious on an English muffin. If you see crystals starting to form on your jug of maple syrup, wipe it off so the crystals don’t start a chain reaction in the bottle. Crystallized maple syrup is essentially candy and still delicious to eat.