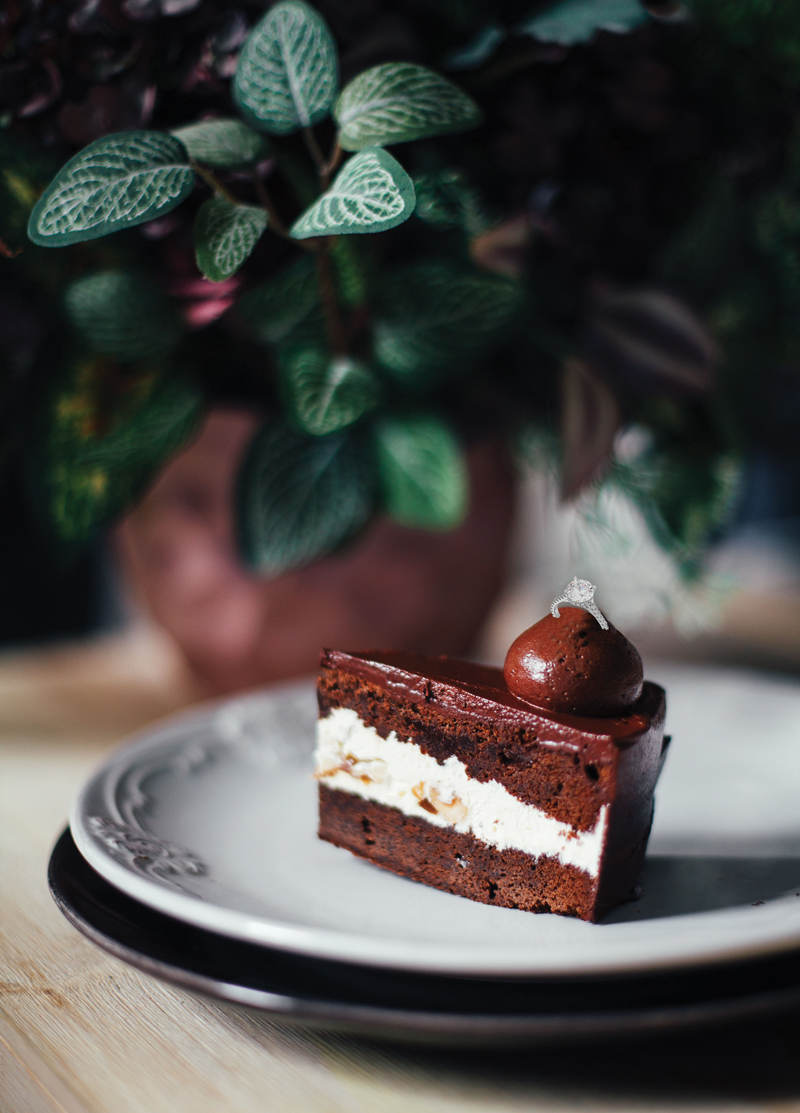 Where and how a marriage proposal is presented makes for a lasting memory. Typically, the location is a favorite spot such as a park, garden or even a restaurant. Several area restaurateurs share how they make the event special for couples, as well as popular spots in their restaurants for popping the question.

The wine cellar at The Greenfield Restaurant & Bar has always been one of Lancaster’s most popular settings for celebrating Valentine’s Day, toasting an anniversary, observing a birthday and, yes, proposing marriage. The tradition continues under new owner, Chef John Moeller, who took over the restaurant last summer.

Zach Moeller, the restaurant’s general manager, says he and the staff have already assisted with several proposals. “When someone lets us know they’ll be proposing, we help to make the experience as special as possible,” he says.

Zach points to one groom-to-be who asked the staff to place the engagement ring in his bride-to-be’s Champagne flute. To make the occasion even more special, the couple dined in the restaurant’s second-floor balcony area, which overlooks the Trellis Lounge, where a pianist provides music on weekends. Upon receiving his cue, the pianist played the bride-to-be’s favorite song as the Champagne flute containing the ring was placed on the table.

According to Zach, both the wine cellar and balcony are “really intimate spaces. Making the proposal in either location makes for a memorable evening.”

The Log Cabin has a long-standing reputation as a place to celebrate milestone events. The Leola-area restaurant’s layout is comprised of dining areas of various sizes that lend themselves to private parties, including marriage proposals. “We provide anything you need to make it a memorable night – Champagne toast, floral designs and table décor,” says Margaret Bragg, the restaurant’s house manager. “With advance notice, we can reserve a photographer to come in and capture your occasion.  We also have a variety of rooms to choose from, making your event even more special,”

She names the Gable Room, an intimate dining area on the second level with windows overlooking the gardens, as a popular spot for proposals. And, to set the stage, the drive over the covered “kissing” bridge and into the Lehoy Forest, where the restaurant is situated, also lends itself to such a momentous event.

The Stockyard Inn is one of the area’s most iconic restaurants, making it a wonderful destination for a marriage proposal. Athena Fournaris, one of the owners of this family-owned restaurant, says many proposals have taken place in the Crystal Room, specifically at a table near a lighted corner cupboard that’s filled with crystal. “The room itself is beautiful and has an intimate feel to it,” she notes. “There are always flowers and candles on the table, so it’s a nice setting. The table near the corner cupboard has a romantic feel to it. If we know ahead of time, we can do something to make the meal special for the couple.”

The most popular proposal spot at The Pressroom Restaurant is also a public spot, as the downtown eatery is adjacent to Steinman Park, a beautifully landscaped oasis that features a 20-foot waterfall and water column. Over the holidays, the park is festively decorated. In warmer weather, The Pressroom offers outdoor dining in the park.

“There are proposals that happen organically in the park,” explains General Manager Rob Commero. “I’ve been with The Pressroom for four years, and we’ve been contacted to help with about 10 proposals. Sometimes we’re asked to keep the park gates closed for the couple, so they can have their moment. Other times we’re asked to set a single table with flowers and Champagne.”

He reports that most of the proposals happen during off hours and during what he calls the “shoulder” months of April and September. While there have been some proposals inside the restaurant, most occur in Steinman Park.

The Railroad House Inn’s co-owner, Joey Bowden, says the outdoor brick patio, which overlooks the garden, is one of several popular spots at the restaurant for proposals. It played a key role in a winter proposal in 2017. “The Railroad House is the couple’s favorite restaurant. We were asked to set up candles and flowers on a table outdoors. A dusting of snow made it even more romantic, plus it was the bride’s birthday. After he popped the question, they went downstairs [The Perry Street Cellar], where friends and family were waiting to celebrate with them,” he explains. “It was a total surprise for the bride-to-be.”

Joey adds that most people ask for a private area of the restaurant for the proposal, and he and the staff work with them to ensure that it’s a special experience. The Brodbeck Room at the rear of the restaurant is such a space. The exposed beams, vintage wood floors and large fireplace provide this room with a romantic ambiance. Joey notes that the tables by the fireplace are popular spots for proposals. “We’ve had requests to light the fireplace and have candles on the table,” he says.

Restaurants have definitely become one of the most popular settings for popping the question. In a survey conducted by The Knot, 58% of respondents said they would love it if the proposal came at the site of their first date, which, in all probability, was at a restaurant. In the same survey, 31% of respondents specified that a proposal at a favorite restaurant would be their top choice.

While proposing in a restaurant may sound simple enough, setting the stage is of utmost importance. Jeff Lawler, owner of Geja’s Café in Chicago, has helped to orchestrate more than 300 marriage proposals. What follows is his advice on making a proposal memorable
and enjoyable.