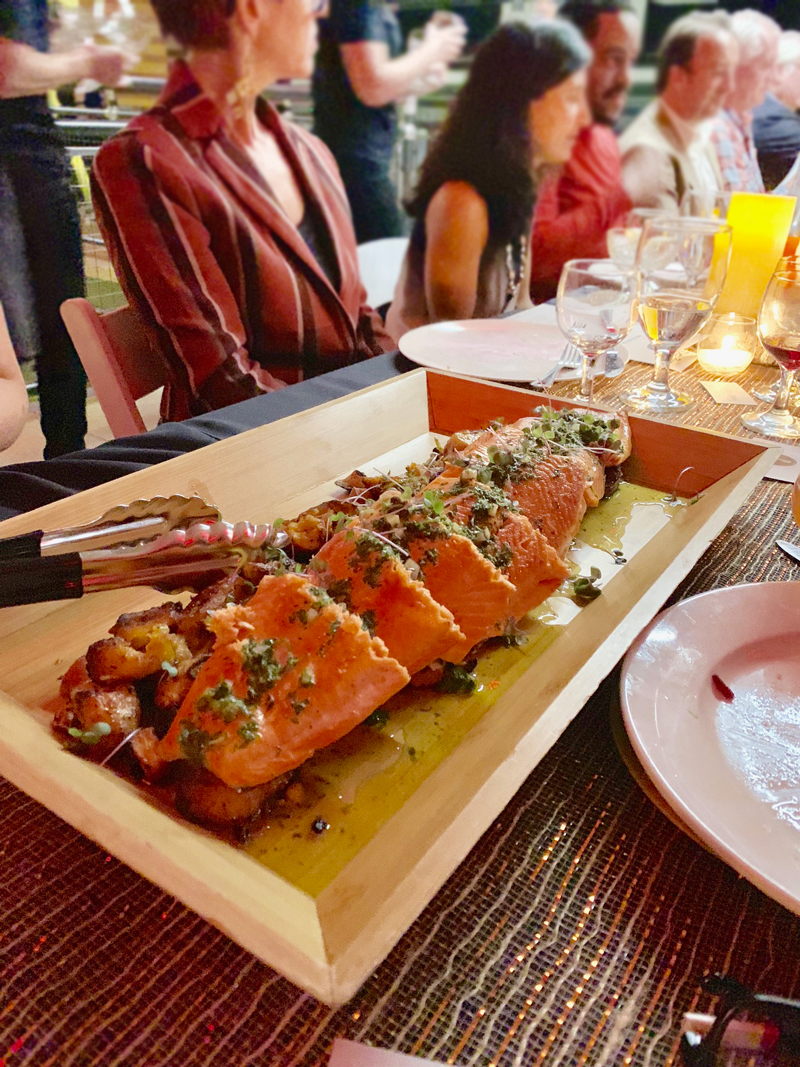 The restaurant scene in Lititz is about to grow with the opening of Per Diem, which will make its home at the Hotel Rock Lititz.

Per Diem falls under the TFB Hospitality umbrella that includes Annie Bailey’s Irish Public House in Downtown Lancaster, Gravie Kitchen & Commons and TFB Catering, both of which are based on the Rock Lititz campus in Warwick Township. Brothers Josh and Jake Funk are the culinary masterminds behind the venture. Both are graduates of Penn State’s Hotel, Restaurant & Institutional Management program. Prior to returning to their hometown to take over Annie Bailey’s in 2013, Josh worked at the National Press Club in Washington, D.C., while Jake cooked at restaurants in Atlanta and Chicago.

According to Josh, their collaboration with Rock Lititz is a result of his fraternity brother, Shaun Clair, seeking his advice on providing meals to musicians who were using the facilities at Rock Lititz. The Funk brothers offered their help, and the rest is well on its way to becoming history.

Soon after it opened, Rock Lititz realized an on-campus hotel would be another perk it could offer its clients. The 139-room Hotel Rock Lititz is slated to open later this fall, along with Per Diem, which is located in the hotel. While both will play host to Rock Lititz clients and crews, each will also be open to the public.

Josh is excited about what Per Diem will bring to the Lititz area. “It’s going to be very different from Annie Bailey’s,” he notes of the 110-seat space. While the overall theme is farm-to-table, Josh hopes to involve other locally flavored businesses such as Rooster Street Butcher, Olio Olive Oils, Fox Meadows Creamery and Stoll & Wolfe Distillery in the venture. “We envision working with 14 to 16 area farmers and providers,” he says.

He’s excited about the décor, especially the dining tables that are being handcrafted from beautiful wood. He’s also ecstatic that the kitchen will be under the direction of Executive Chef Anastasio Santos. And, special events such as weddings will be possible thanks to a banquet area that will be able to accommodate 300.

That was followed by an intermezzo of Grilled Peach (accompanied by bourbon gel).

Then, it was on to Purple Potato Gnocchi (with local mushrooms, butternut squash, slow-roasted tomatoes, shallots, brown butter and herbs) and Salmon & Plantains (plantain salad and chimichurri).

The final course, dessert, featured a choice of Crème Brûlée or Whipped Ricotta and Berries.

The verdict? Everything was excellent! We predict Per Diem will take dining – and the excitement factor – in that area of the county to an all-new level.

Per Diem is slated to open in mid-November. Visit perdiemlititz.com for details and updates.