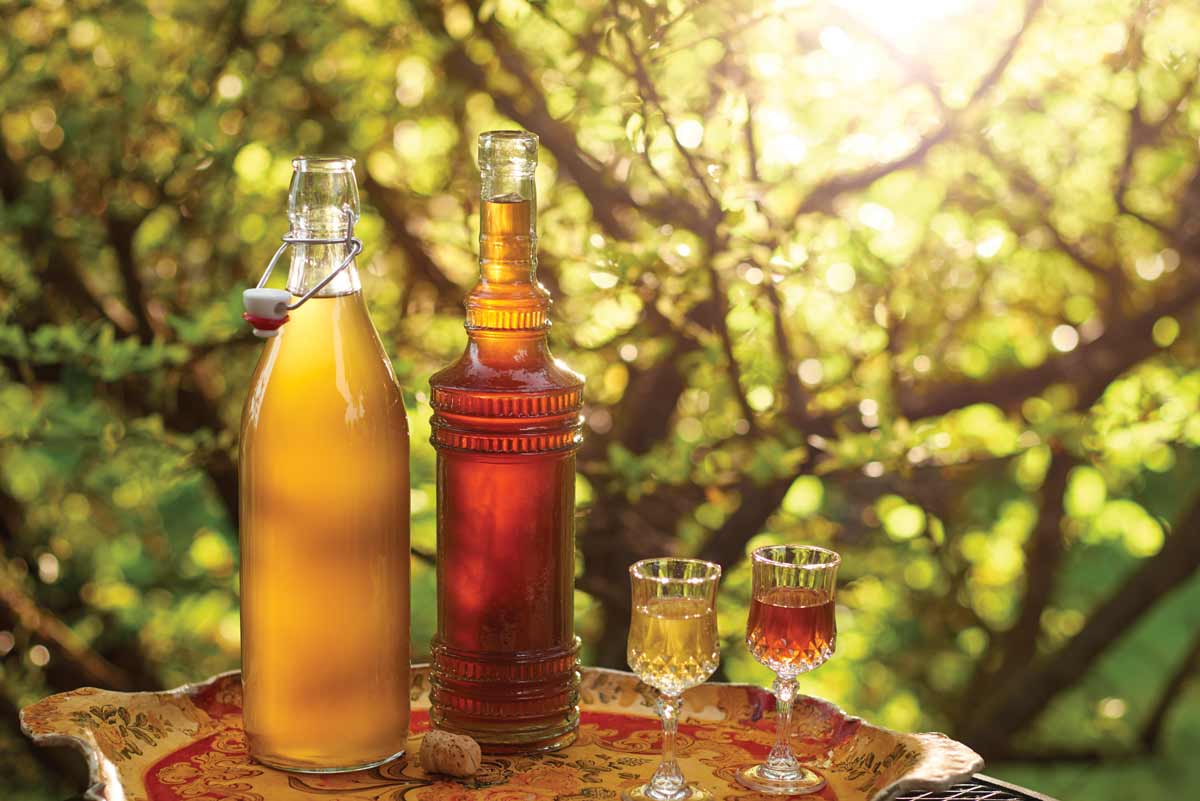 My personal discovery of amaro led to the revelation of an entirely new course in dining, an experience I never knew was missing, but one that I now consider to be remarkably necessary. It was as though someone had hidden this divine secret, tucked away as a buried treasure, and then suddenly handed me the map. Amaro, or amari in the plural form, is the Italian word for “bitter” and the general classification of herbal digestif liqueurs. It’s made by macerating ingredients such as citrus, dried fruits and herbs (fresh and dried) to create an experience full of nuance and flavor. Where an aperitivo is enjoyed before a meal, amaro is intended for ingesting after a hearty meal. A small pour atones for the sins of indulgence.

Ray Isle, writing in the June 2017 issue of Food & Wine magazine, described it as “silky like liqueur, bitter and sweet in varying degrees, aromatically complex, and both delicious and fascinating.” I couldn’t agree more with that assessment.

Unbound by rules and guided by centuries of tradition, most amari are produced in Italy, though liqueurs such as Jägermeister from Germany also fit the bill. They’re a rarity elsewhere, which is enthralling for the rest of us, as a wonderful new journey is afoot.

As one might expect to find with sausages and cured meats, amaro ingredients are centric to regions and family recipes. Just as there are probably thousands of unique pasta sauce recipes floating around Italy, the same applies to amari. Flavor profiles span a wide gamut, and all are rightly within the amaro category, ranging from sweet botanicals and juicy citruses to earthy, smoky and bone-dry varieties.

As for alcohol content, it can range from wine low to whiskey high – roughly 15 to 40% to put a number on it – and the layers of complexity surpass any other spirited drink I’ve ever tried. A little goes a long way and akin to a robust, flavorful espresso, these are sippers.

Almost any amaro will be full of dimension in a way that makes the most complex whiskey or wine seem simple. Being a fan of bourbon and rye whiskeys, I love picking apart a drink layer by layer. The depth of any amaro can be measured by its recipe, which can contain recognizable ingredients such as citrus, artichoke, dried fruits and berries, nuts, lemongrass, cardamom pods, mint, clove, cinnamon, nutmeg, licorice, peppercorn, ginger, hops, rosemary, thyme, sage and juniper berries. Less-common ingredients include wormwood, Angelica root, wild cherry bark, hyssop, anise seeds and pine needles, to name only a few. Notes of coffee, cocoa, molasses, smoke, honey and menthol are a sampling of predominant flavors that mature with each sip.

There’s much to appreciate and digest as you traverse generations of amaro history, which dates back to ancient Rome. By the 1800s, it came to be viewed throughout Italy as a health tonic. Today, it could be considered the toast of Italy’s slow-food movement. How could such a splendor exist for so long and yet remain so unknown? Where would my proverbial treasure map to amari lead me?

In many ways, that answer is Taylor Mason, chef and proprietor of LUCA. Taylor recounts a trip to Italy eight years ago, during which he returned a lost wallet to its owner. Serendipitously, the two spent the rest of that fateful evening delving into the world of amaro: a crash course for Taylor and a linchpin moment for the rest of us. A wallet and reciprocated generosity served as the genesis that put amaro on the map in Lancaster.

As a result of adding amaro to the menu, LUCA joined the ranks of bars and restaurants across the U.S. that have tapped into the amaro obsession. But, what sets LUCA apart in regards to amaro is that its peers are located in major metropolitan areas.

The amaro selection at LUCA is impressive. It’s also adventurous. For example, after dessert, where one might be torn between an amaro and an after-dinner caffè, the Italians have a compromise: the affogato. As the English translation infers, creamy gelato is “drowned” in hot espresso with amaro on the side. LUCA’s version of “Affogato Corretto” is served with a scoop of gelato, hot espresso and a small pour of Amaro Sibona, offering notes of dry cherry cola, orange peel and botanicals.

If I can find it, I’ll bring a bottle of Montenegro Amaro to dinner parties as an introduction. But, therein lies the problem. Finding any given bottle of amaro on shelves in a local Fine Wine & Good Spirits store can be extraordinarily difficult, although some varieties can be ordered. For example, a year ago, in searching for bottles of Montenegro Amaro, I had to travel beyond Lancaster County to find it. I hit the mother lode when employees at a shop I visited near Philadelphia were able to track down an unopened case hidden in the back, enabling me to return home with several trophies in hand.

Economically speaking, I suspect its scarcity has to do with the law of supply and demand. I would hope that as demand grows, the better the chances that stores will stock it. While LUCA offers a brilliant array, it would be nice to have a stash on hand at home for everything from get-togethers with friends to quiet moments of solitude.

Brad Thomas Parsons, who is an authority on amaro, spoke recently at LUCA. Parsons is a recipient of a James Beard Award, and his book, Amaro: The Spirited World of Bittersweet, Herbal Liqueurs, is a splendid resource that contains profiles of commercially available amari, as well as details cocktail and homemade amari recipes.

I’ve long wanted to make my own amaro and seeing as how I’m generation one in this newfound venture (as opposed to the fifth or sixth generation of a proud Italian family producer), I kept things simple. From the recipes in Parsons’ book, I put together a shopping list and headed for Lancaster Central Market, which provided one-stop shopping for most of my amaro needs.

You’ll need an assortment of citrus fruits and fresh herbs from Brogue Hydroponics, as well as dried herbs from The Herb Shop. I found the rarer varieties of wild cherry bark, wormwood and seeds of paradise at nearby Herbs from the Labyrinth.

Upon discovering that 1 ounce of each dry ingredient is enough for multiple batches of homemade amaro, I bought another bottle of Everclear (my base spirit of choice) and whipped up a second recipe.

As the saying goes, patience is a virtue, and that applies to amaro. After grinding dry ingredients with a mortar and pestle, macerated ingredients are left to steep for a few weeks after which simple syrup joins the party as your dilution of choice.

An American Revolution in Amaro

Ray Isle also wrote in his article that American mixologists have developed a passion for amaro and are not only creating their own recipes, but are also using their signature amari as the base for cocktails.

In March, Philadelphia Distilling released “Vigo Amaro.” Aptly, it’s named in honor of the Italian-born American, Francis Vigo, a principal financier of the American Revolution. The dried-plum profile is centric to many different serving experiences. Served neat, the amaro pours as Christmas in a bottle, heavy on plum and molasses with spicy, earthy characteristics. It begs to be paired with, or perhaps soaked into, a gingerbread cake.

In a cocktail, the intense flavors brighten and mellow.

Head distiller, Aaron Selya, who developed Vigo Amaro over the past four years, enjoys 1 ounce of Vigo with 4 ounces of soda or seltzer water, explaining, “It’s simple, but diluting it like that really changes what flavors are more and less forward in the spirit.” It’s also great as a substitute for vermouth in a Manhattan: 1 ounce of Vigo and 2 ounces of whiskey.

One curious consideration Selya himself proposed: What would Italians think of this, an American-made amaro? Well, I’m not Italian, but I, for one, am sold.