ArchiveBarbecueFeatured
Posted on May 13, 2018June 11, 2019 by Briana Webster Hess and Photography by Nick Gould in Archive · Barbecue · Featured 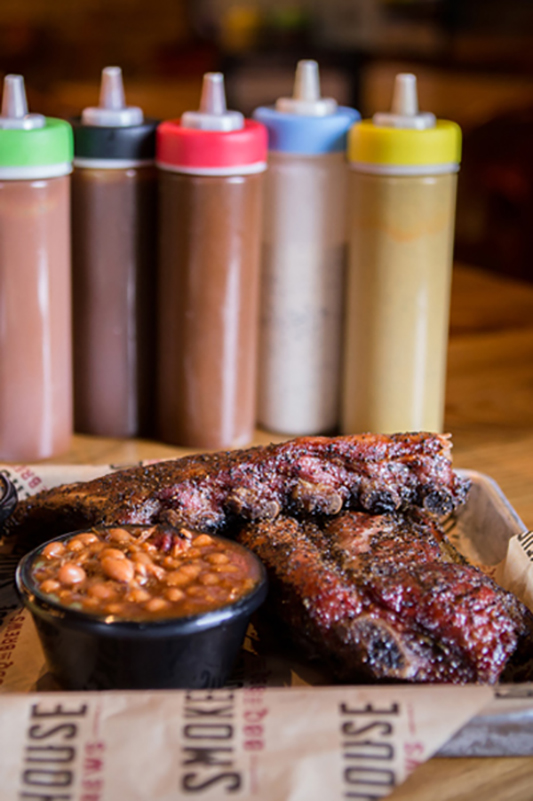 The family-style restaurant shifted gears for a chance at offering something different: barbecue in the heart of Pennsylvania Dutch Country. Switching menu items from your basic meat and potatoes to smoked brisket and coleslaw, Smokehouse BBQ and Brews is a dining alternative for those wanting a taste inspired by the South. However, it seems that smoked meat does have a Lancaster connection; it’s a tradition in Plain communities, and nearby Smoketown was named for the smoked meat that it produced. (But, don’t worry because while one side of the menu features barbecue, the other still offers Lancaster County favorites.)

Rubs and sauces are both in-house creations. One of the sauces, ABQ, contains a Lancaster County favorite, apple butter. Other sauces include White Horse, Memphis Heat, and The Smoke.

And, beer is also a staple of Smokehouse’s menu. Beverages range from a root beer float to a beer float made with chocolate vanilla porter. There are also 12 craft beers on tap.