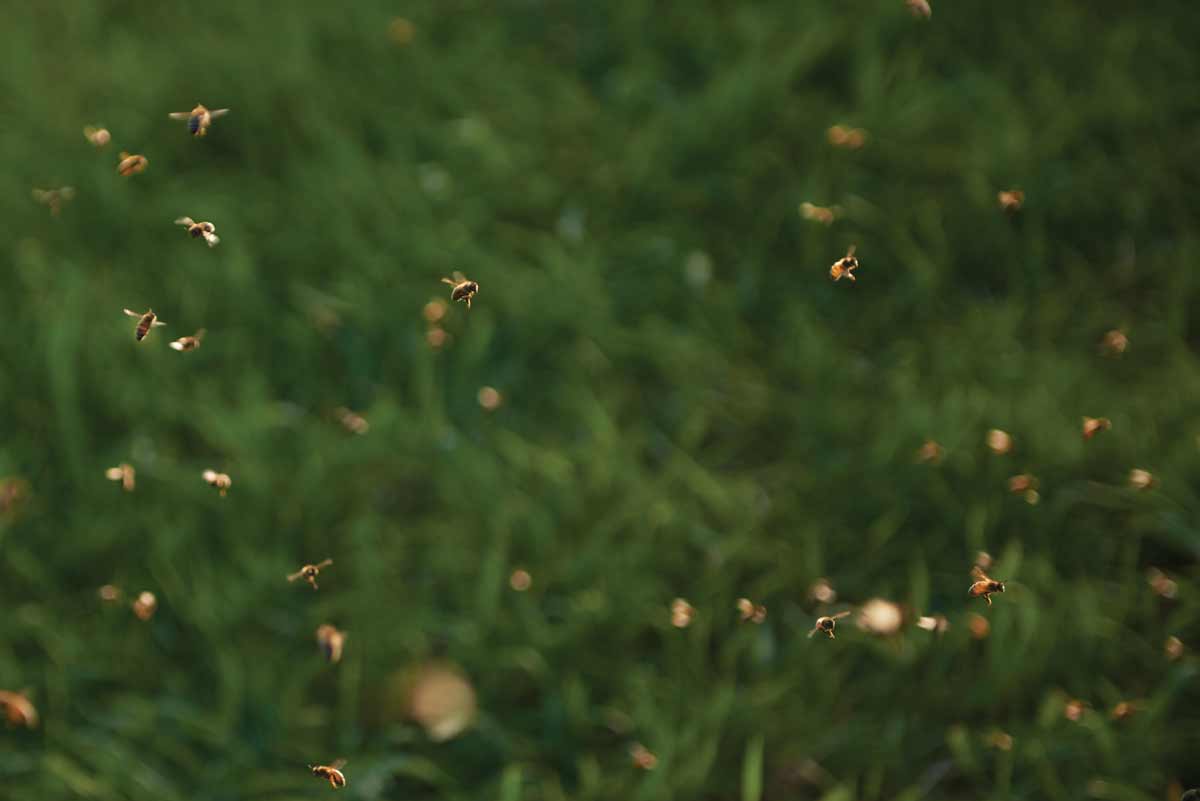 There’s a recurring message about bees being critical to the health of our environment and agriculture, a message that honey bees need our help. What significance do they have for our food supply and to ensure a healthy planet? Since the details are often fuzzy, I wanted to see firsthand what all the buzz is about.

Like a good worker bee, I set out to forage for local resources. I soon discovered the Lancaster County Beekeepers Society (LCBS), which offers a day-long, New Beekeeper Workshop every January, walking attendees through their first year of beekeeping. Their mission is to help folks “… gain a better understanding of honeybee biology and behavior, provide public awareness and services, and to promote honey and other products of the hive.” According to the March 15, 1876, edition of The Lancaster Farmer, the society’s first meeting took place just two days prior. As I’ve since learned, it’s no wonder they’ve endured: beekeeping is both a science and an art. The colony is a living organism made up of countless functioning parts within a physical hive, all of which must be healthy to thrive. Establishing and maintaining a healthy hive benefits from shared, local wisdom and experience. This year, the workshop was $65 and included a one-year LCBS membership, which is normally a bargain at $10 per year.

The society maintains hives at the PennState Southeast Agricultural Research and Extension Center (SEAREC) in Manheim and hosts hive checks throughout the year. It’s a hands-on opportunity to understand the components of beekeeping to either precede or coincide with establishing your own colony. Impatiently, I waited for spring.

For the first hive check, which was rescheduled at least once due to rain, attendance was down from the usual 30-plus members, making it perfect for observing up close. Immediately, I was struck by how calm honey bees are. With the exception of standing in front of their doorway to the hive, they didn’t mind company. Paul Schnaithmann, a Pennsylvania State Apiary Inspector for 12 years and now secretary of the society, opened the first hive. From conversations shared with Paul, bee-havior is greatly reflective of their keeper. Gentle care yields gentle responses. When opening up a beehive, handling the bees coolly and with smoke helps keep them at ease. With enough disturbance, they can become agitated but smoke, it’s commonly believed, induces a hardwired “save the honey” response in the bees. Wearing proper equipment, not once was I stung or even concerned while studying bees up close.

Busy as a Bee

The expression understates just how busy bees are. Their one mission is to fulfill their function within the hive and work themselves to their very end.

Male drones, which cannot sting, have one purpose – distribute genetic traits to the queens of other hives. Female workers seek out nectar and pollen from blooming flowers while maintaining the colony’s stores of wax-based honeycomb. Workers can sting only once, a fatal choice they’d rather not make. They live roughly six weeks in the summer, while those that overwinter can live for up to six months.

Multiple queens are made by the workers who feed them “royal jelly” and begin life with a “Game of Thrones” where only one remains. The successful virgin queen leaves the hive to mate with male drones from other hives on this one occasion. If she successfully returns – having navigated weather and threats, such as birds and dragonflies – the queen is set to lay thousands of fertilized eggs for up to three years.

Claimed allergy resistance is one of the key benefits found in consuming local honey. Beeswax has found its way into candles. Honey is the key ingredient in mead, made by converting fermented honey into a sweet alcoholic treat. Surprisingly, like so many of us, honey bees immigrated to the United States. PennState Extension cites that the western honey bee was “introduced by European settlers in the 1600s.” Colonies of honey bees found in the “wild” are known as feral honey bees, as they’ve swarmed, or left, a propagated hive. Today, that’s significant as feral colonies typically last no more than three years, according to Frank Licata of Mann Lake LTD, the largest bee supply company in the United States. Licata maintains roughly 140 colonies and presented his seminar, “Building Sustainability in your Apiaries through Comprehensive Management” at the LCBS. Licata detailed the Vorra destructor, a parasitic mite introduced in North America sometime between 1986-1988.

Vorra mites, which only reproduce in beehives by killing bee larvae, are historically foreign to the otherwise indefensible western bee. Before the introduction of mites, feral bees had a chance, and beekeepers didn’t need to regularly test and treat beehives for mites. Bees must survive the use of chemical pesticides for us to enjoy the fruits of their labor, a delicate balance to say the least.

How You Can Help

For starters, buying local honey helps to support local beekeeping. Landscaping your property with flowering trees and plants can make a difference, too. If you come across a swarm of honey bees clumped in a mass, they’re simply looking for a home. A seasoned beekeeper can capture and relocate the swarm and start a new, honey-producing colony. Yellow jackets, wasps or hornets are pests and an entirely different matter than recovering their far gentler cousins. Those aggressive varieties build identifiable nests requiring pest control for extermination and should not be confused with docile honey bees.

Lastly, if you want to become a beekeeper, make sure you set up in an area where it’s safe and permissible to do so. Proximity to neighbors and local ordinances can pose challenges, and all beekeepers must be registered ($10 for two years) with the state (you want this), whose inspectors help beekeepers maintain healthy hives. Learning from experienced beekeepers is paramount. When cooking with honey, the flavor and color characteristics of honey vary with the “honey flow,” or the types of pollen available to bees. Some flows last just a few days depending on climate, weather and the specific flowering trees and plants within foraging range of worker bees. In making Detroit Hot Honey Wings, I needed a honey that is robust in flavor and would hold up to other ingredients. I chose Local Spring Wildflower Honey from Welch Mountain Apiaries in Gap. The chicken wings were marinated with honey that dripped onto hot charcoal embers, creating an aromatic appetizer reminiscent of floral marshmallow roasting over a fire as the sugar caramelized. Honey, butter, hot sauce and seasoning were added at the end. The result was a juicy, fall-off-the-bone tender wing with a semi-wet sauce. An addictive but delicate spice paired well with robust honey and smoke flavors.